“The CoinPayments team is extremely grateful, as the help from Path has changed our entire security outlook. Anxiety regarding the next problem to now knowing the Path team is protecting our company.”
Jason Butcher CEO CoinPayments

New York, New York (November 11, 2019) - CoinPayments is a digital currency payment solution encompassing over 2,000,000 users across 182 countries. More specifically, CoinPayments.net is the most comprehensive multi-cryptocurrency platform in the world. Due to it being affiliated with firms such as Shopify, CoinPayments has been a prime target for network attacks by malevolent actor(s).
Facing an anomalous network issue, Path’s Emergency Response Team was immediately called to the front lines.

The situation that CoinPayments was facing was that under their previous network security provider, it was possible to tunnel TLS-encrypted traffic (Transport Layer Security) through a DDoS mitigation service just fine, without the mitigation service ever seeing the plaintext traffic and you will still be fully protected. Without diving into further jargon and technicalities, the network solution that CoinPayments was previously employing was essentially leveraging their large network capacity to take the “brunt of the hit.”

This procedure was employed during a subsequent anomalous network attack, triggering the response; however there is a “test” within the security framework under which they were covered by that is essentially called a “JavaScript challenge” or a “browser vs. bot challenge.” This is to determine malevolence essentially, as attack scripts are not able to pass this challenge. However, this anomalous attack specifically targeted the CoinPayments API, which – importantly also does NOT have the ability to bypass the “JavaScript challenge.” This would prove to be catastrophic, as all vendors, including Shopify, connect to the CoinPayments service via the API; in the aftermath, nearly all vendors connected to the API were dramatically harmed due to the downtime of a popular payment platform; access being either irregular or non-existent for days.

The solution employed by the Path Emergency Response Team was simply to employ granular filtering and packet analysis, which negates all issues delineated above. The measures employed by the Path team are simply not optional in the age of the new Internet, rife with network anomalies and malevolent actors, they are necessary. Anything sub-standard is reckless and the potential revenue losses alone justify the use of absolute expert network engineers and services.

"It was a real honor to have the opportunity to serve Coinpayments.net and carry their traffic on our network. Jason's qualified team genuinely cares about their clients having the best quality of service possible. It was very apparent during our deployment."
Marshal Webb CEO Path Network, Inc. 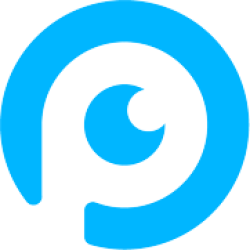